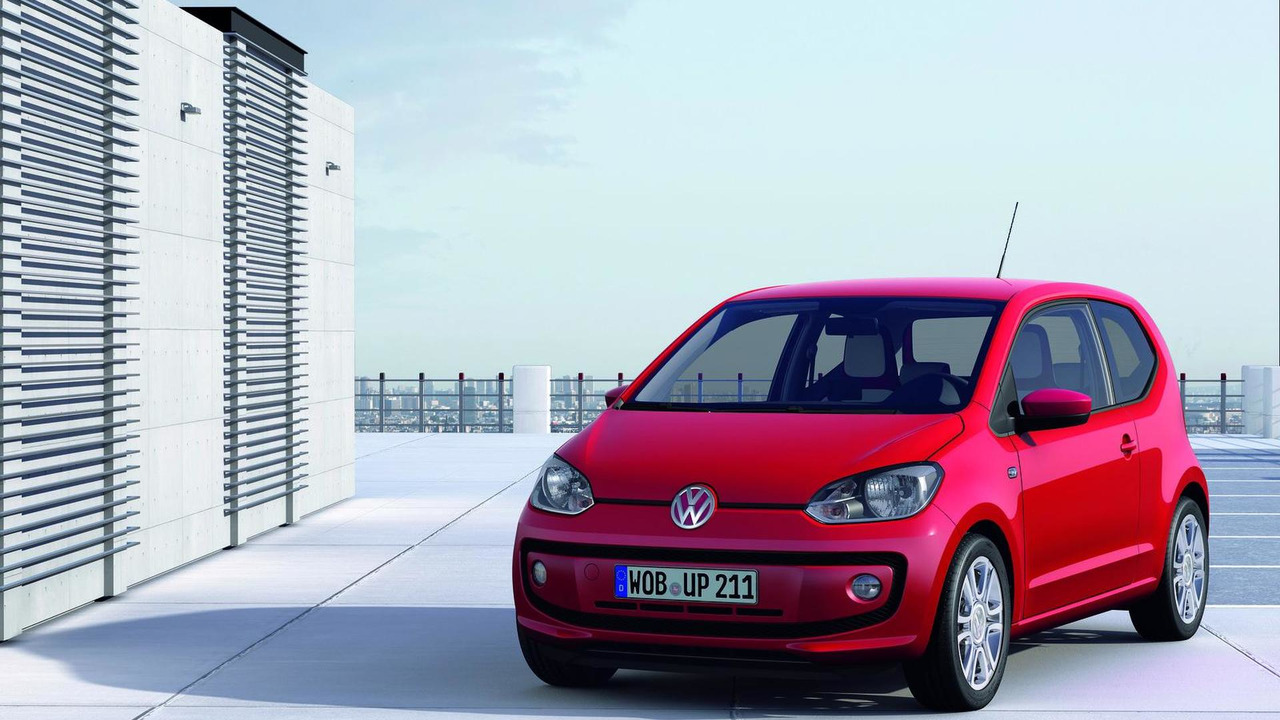 Volkswagen has unveiled the up!, its new compact city car which becomes the new entry-level vehicle in the brand’s lineup.

VW promises the car has been designed to deliver as much roominess as possible. The up! measures 3.54 meters long, 1.64 m wide and 1.48 m tall with a wheelbase of 2.42 m. Boot space is 251 liters while total cargo space (with the rear seats down) is a decent 951 liters.

The up! also comes with an optional City Emergency Braking – a smart system that works at speeds under 30 km/h (18 mph) which can detect an impending collision and apply the brakes automatically.

The VW up! will be offered in three trim variants – trend, comfort and high.

The up! goes on sale in Germany in December.